The birth of Sparrow Offshore Services

At this time I was a director of Sparrow’s Heavy Crane Division.

The meeting was duly arranged and George Sparrow, Robin Shelley (director Sparrow Contract Services) and myself were invited to BP HQ, Britannia House, London (I believe that the meeting had originally been initiated by Alf Sparrow, who unfortunately was ill at this time and did not attend).

At this time Sparrows had cranes in the north-east of England, employed by Laing Offshore, Graythorp. Laing was building the first of the BP Forties Field Platforms.

After arduous and in-depth technical discussions with a team of BP engineers, we were requested to present a comprehensive proposal that would include training and safety schedules for the crane operators and service engineers to cope with the difficult challenges in the harsh environment of the North Sea.

Robin Shelley and I were to assess the requirements needed to fulfil the obligation to operate and maintain BP’s pedestal cranes and lifting equipment in these volatile surroundings and supply a comprehensive service that would meet the standards complying with the strict regulations demanded by offshore oil explorers.

﻿Within a week or so Robin and myself were flown to the *Sea Quest by helicopter from Aberdeen. The rig was drilling in the Forties Field. The helicopter flight was a first for both of us.

On arrival we were surprised by the size of the rig and its stability, the sea being fairly high at the time.

We were appointed an engineer who stayed with us at all times during the 48 hrs we were on board. Accommodation,back-up services, and catering were first class and impressive.

Robin and I spoke and listened to the crane operators and engineering staff employed on the rig at this time. We gleaned invaluable information.

The knowledge gained on this initial trip enabled us to present a positive report to BP stating that the services they required were well within the capabilities of Sparrows.

The outcome was a firm contract from BP and the formation of Sparrows Offshore Services, a division dedicated to the offshore industry.

Robin Shelley continued with the initial set up of the division before handing the responsibility to Angus Lyon who  became it's Managing Director, Angus was promoted from Head office and spent 11 very productive years with Sparrow Offshore, developing it as the leading supplier of crane operators and service enginneers to the offshore drilling and production industry..

My next appointment was the company’s venture with Rezayat in the Middle East. 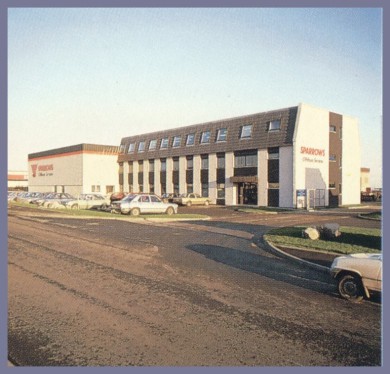 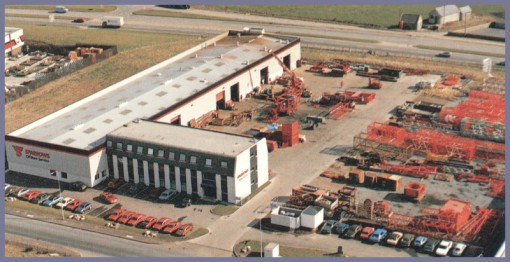 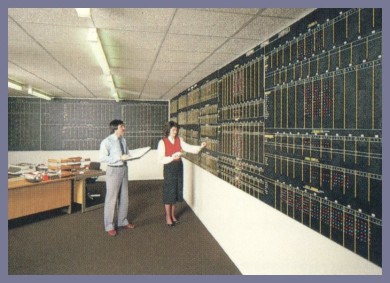 The operations room at Sparrow Offshore. 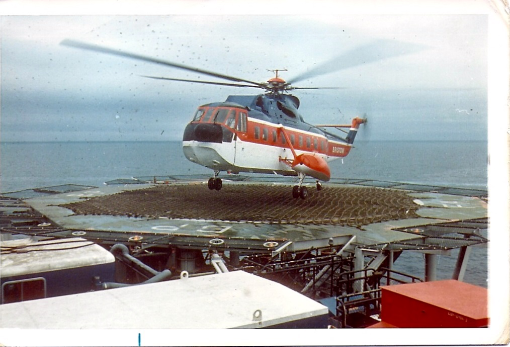 Helicopter landing on BP's Forties Alpha Production platform, it emphasises the skill needed by the pilots needed to land on such a restricted area, often during poor weather conditions. But they were always a welcome site to the platform crews. 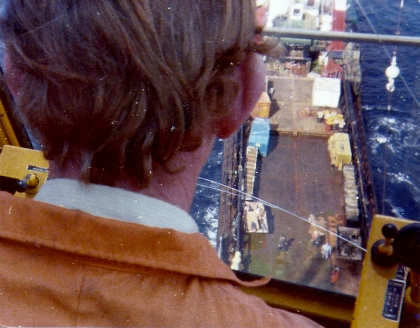 A picture from the early days of Sparrow Offshore, this gives a good birds eye view from the operators cabin. Mike Dooley was the operator in this picture. 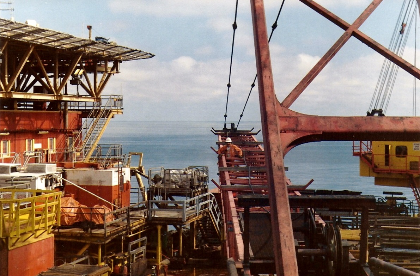 One of Sparrows engineers (Ken Lambing) carrying out a boom inspection offshore. 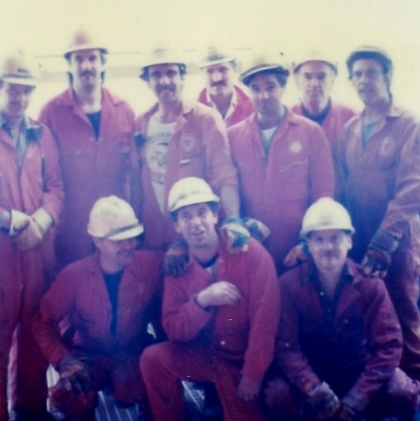 One of Sparrow Offshore early deck crews working on the Cormorant 'A' production platform.

The names of the crew were: 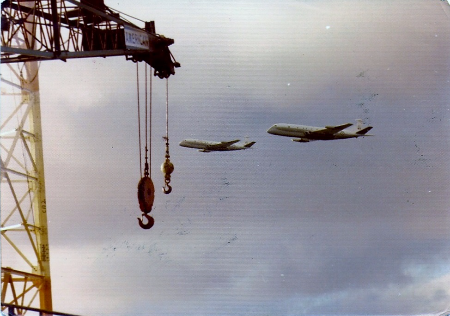 This very unusual picture of two Nimrod MR2 Intelligence Surveillance aircraft was taken by a Sparrow crane operator.The aircraft were probably from Lossiemouth. 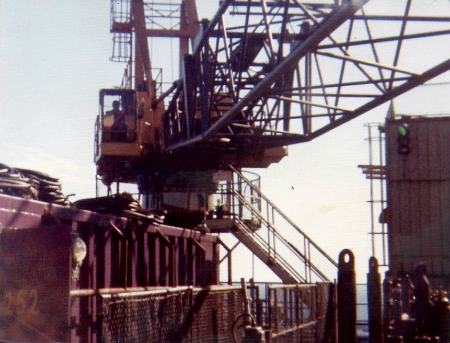 One of the American Hoist and Derrick cranes operated by Sparrows on the Forties 'A' production platform, 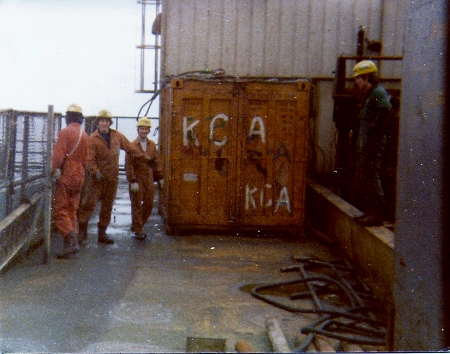 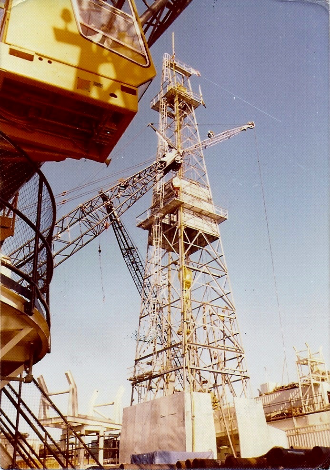 Another view of the Forties 'A' plaform showing both of the AH & D cranes. 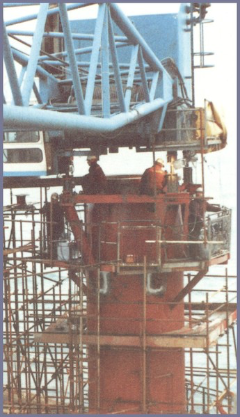 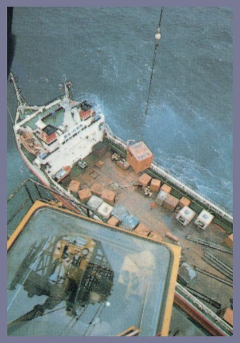 The crane operators view when offloading a supply ship. 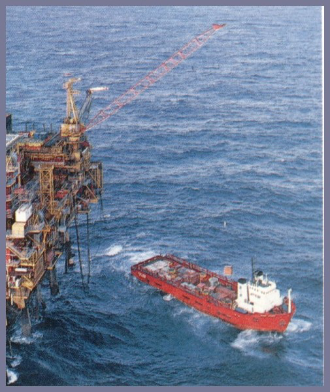 Off loading a supply boat in the North Sea, a typical days work for the offshore crane operator. 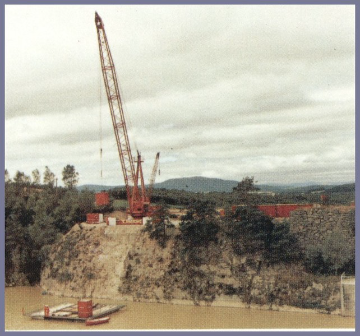 The original training facility at Sparrow Offshore (circa 1975) 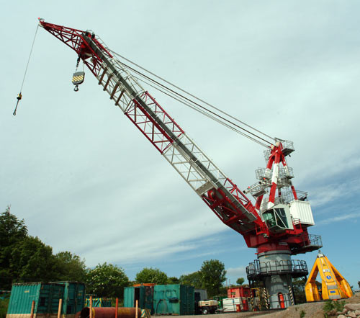 This Liebherr BOS 2600 pedestal crane is now an established facility of the Offshore Training Centre. Sparrow Offshore under it's new ownership has developed into a worldwide organisation with over 1500 employees.