During 1974 Sparrows increased the fleet of its heavy crawler cranes to 30-plus units in excess of 200 tons capacity. The company was extremely busy with oil production platform builders in Scotland and the north east of England.  Alf and I felt it was time to seek new markets overseas and decided the fast-expanding infrastructure of the Middle East as the best option.

After discussions with the board I was asked to employ a salesman with international experience. After holding several interviews we employed Lionel Elton, an international sales executive previously employed by a well-known German lifting equipment producer.

Lionel and I visited various embassies in London and gleaned from them a list of prospective companies in Saudi Arabia, Iraq, Kuwait, and the Arab Emirates.

After obtaining all the necessary visas, etc, and armed with a list of possible contacts, we were given a six to eight week period to vet these countries. Lionel left initially to visit Saudi Arabia, he returned six weeks later with a comprehensive list of possibilities.

After deliberation and with the help of Lionel's in depth report we chose Rezayat, an International company with offices in London and New York.

At this time Rezayat were quoting on a large cement off-loading contract in Al Khobar, Saudi Arabia, this contract would require 40 forklift trucks and several cranes up to the capacity of 20 tons.

A meeting was arranged at Rezayat’s London offices with Alf Sparrow, Lionel Elton and myself, it proved successful, and further arrangements were made for Alf, Lionel, Derek Flatley (our financial director) and I to visit Rezayat’s facilities in Kuwait, Saudi Arabia and then on to Dubai. The outcome was the formation of Rezayat Sparrow Arabian Crane Hire. 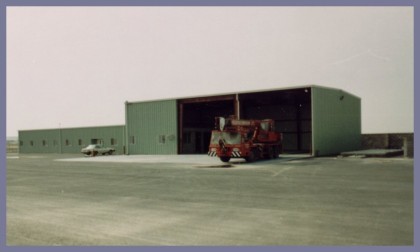 The new offices and workshop at Al Khobar, the site also housed parking for all cranes, accomodation and restaurant's for all employees, and included two swimming pools. 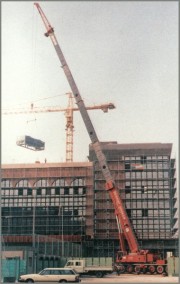 The 300 ton Grove placing air conditioning units at a site in Al Khobar. 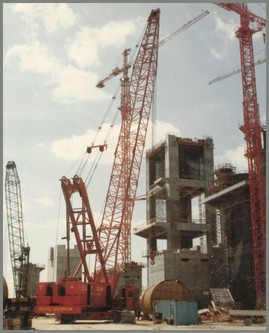 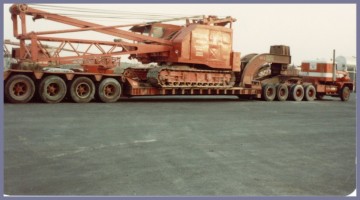 The 66 ton Ajax leaving Al Khobar for a trip across the desert to Jeddah, 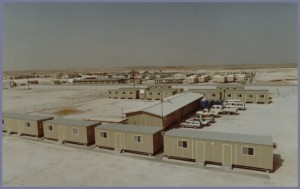 Rezayat Sparrow operated 30 cranes for Aramco from this site at Abqaiq. 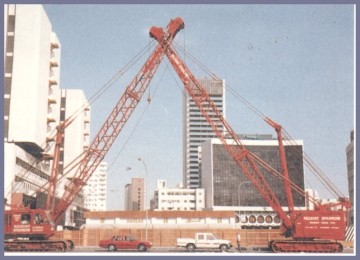 The NCK Ajax and Andes prepare to start work on a project in Jeddah, Saudi Arabia. 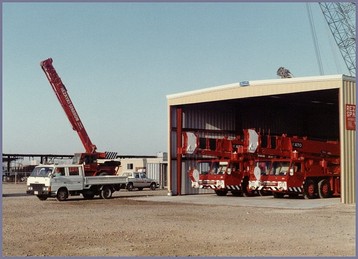 Rezayat Sparrow operated 30 cranes on the new Mobil refinery at Yanbu, Daewoo were the main contractors, the cranes were all new and mainly Kato, Alf, with the local manager, negotiated the contract and purchase of the cranes. 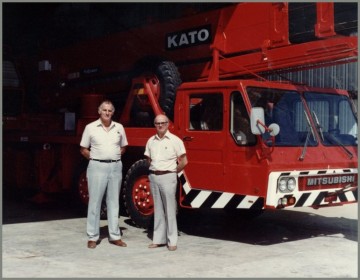 Stuart Gregory the Rezayat Sparrow general manager, and Frank, pay a visit to the site at Yanbu. 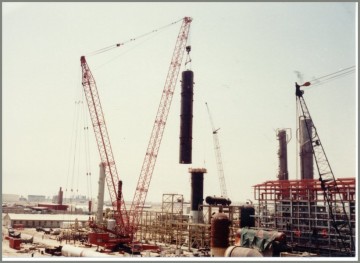 The Demag TC4000 working on a chemical plant in Kuwait, the crane was shipped from the UK for this 3 month project negotiated by Frank Sumsion, this was Franks last project for Rezayat Sparrow before moving back to the UK as Sales and Marketing director. 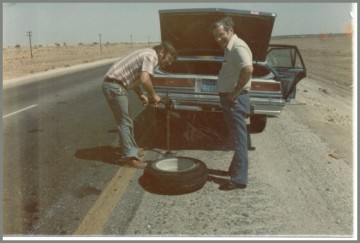 Alf and Jim Hagan (Rezayat manager at the time) change a wheel after a tyre blowout in the desert on the way to Aramco at Abqaiq, Alf used his normal phrase for this type of problem "It's a Buggar"