The joint venture was agreed in principle to introduce the new crane and Sparrows Crane Hire and Contracting expertise to the European and continental market and integrate with Montalev who already had an acknowledged presence; both companies would share the benefits and financial liabilities of the new 1000 tonne Gottwald crane. (Some £2.3 million pounds).

Montalev were already established in sizeable heavy lift contracts and had worked in Africa, Cameroon, Iraq, and other Middle Eastern countries, the joint venture would vastly increase the lifting capacity of both companies to the Petro Chemical contracting industry.

From memory Laing’s and ETPM had shown interest in the 1000 tonne crane to be used in their joint (successful) bid to build the first offshore platforms for BP’s Forties field, eventually however the use of the Gottwald was not feasible (The Gottwald being basically a pedestal crane) and they opted for the two 800 ton AH&D revolver cranes.

Barry Mildren’s initiative was the basis for the new company and Alf and I went to Grenoble (Voreppe) for the initial meetings, later Robin Shelley (Director Contract Services) became involved to finalise the contractual arrangements for the joint venture.

Barry was made General Manager for the venture and was initially based at Voreppe with his family; he later moved to Paris and spent 4 very productive years there.

The crane was delivered in 1980 and its first project was for The Lummus Company in Balikpapan Indonesia, it was shipped from there to Rostock, East Germany, and then shipped to Liverpool for the Cammell Laird project. The crane then made the long trip to New Zealand along with the AH&D 11320 where the Gottwald made a record lift for a truck crane of 742 tonnes.

In 1984 Alf, Barry Mildren, and I negotiated the close of the joint venture and Sparrows became the sole owners of the crane. 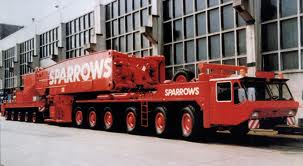 The 1000 tonne capacity Gottwald ready for delivery to Sparrows. 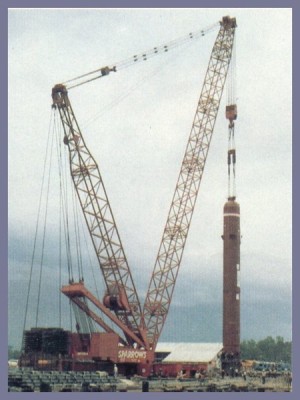 The Gottwald at its first project in Balikpapan Indonesia. 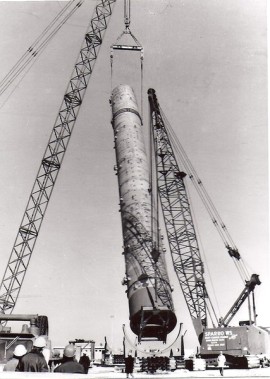 The Gottwald 1000 tonne crane and a Manitowoc 4100 S3 from Sparrows, working at the Rostock Fertilizer Complex. 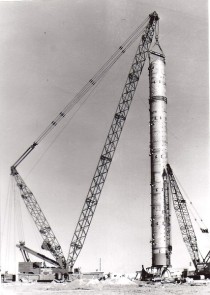 The client was DMW Rostock East Germany and the contractor, Creusot Loire Entreprises, each column weighed 273 tonnes and were 66.46 metres high. 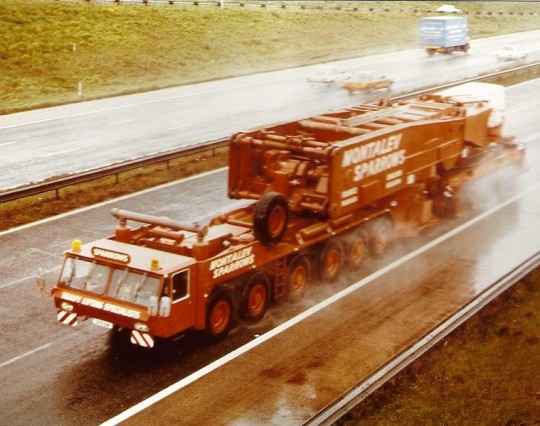 The MK1000 travelling along the M62 motorway en-route from Rostock, East Germany to Cammell Laird, Birkenhead, after having crossed the North Sea on Ro Ro Ferry from Rostock to Immingham. 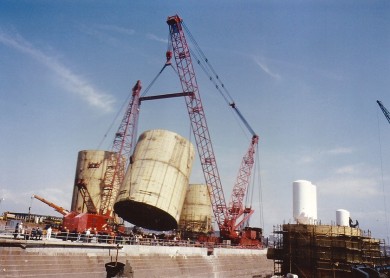 Placing one of the four 280 ton legs of the Semi Submersible Rig at Cammell Laird. 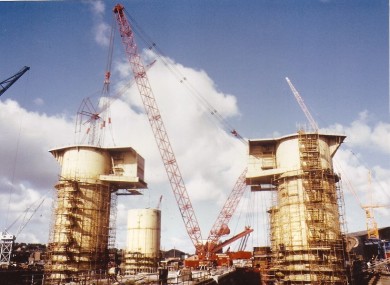 Placing a 400 ton corner deck unit, during the construction of the rig it was necessary to repostion the crane fully rigged several times, this was done by jacking and skating by Sparrow Engineers who worked with Cammell Lairds project team. 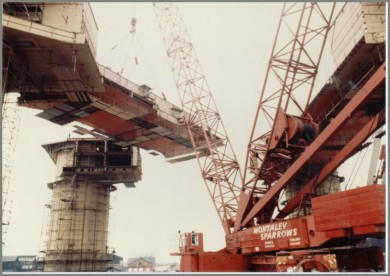 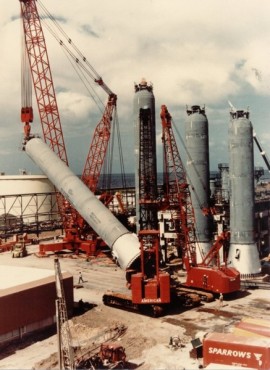 The Gottwald makes a record lift for a Truck Crane of 742 tonnes in New Zealand. The tailing in crane at the centre is Sparrows AH&D 11320.